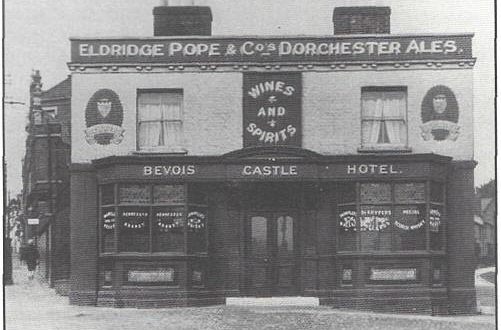 Communicare were honoured to be chosen as The Rockstone pub’s charity to partner with on their weekend of their 175th anniversary. The pub itself is a building steeped in history and it was  exactly 175 years since the building was officially first leased by the Eldridge Pope’s Dorchester Brewery.

The proprietors thought it would be the perfect opportunity to celebrate, not only the history of the building, but also the history surrounding the community in Bevois Valley and its current inhabitants.

They raised funds over the weekend for Communicare in Southampton.

We hope that our volunteers, supporters and associates managed to pop along and support The Rockstone.

Very much a community event, the walls of The Rockstone were full of amazing photos and information, showing the pub and the surrounding area from the last 175 years, kindly put together by the ladies at Bevois Mount History Southampton.

Other activities and entertainment included live Music on Saturday Evening from The Fake Shakes and local cask beer showcasing from the Friday, featuring a variety of traditional English brews from local brewers.

Those of you familiar with the range and portions of the food and drink will know that as always there was plenty of food, including new food specials for the weekend.

The proceeds from the raffle are to go to Communicare; we will announce the result later this week.