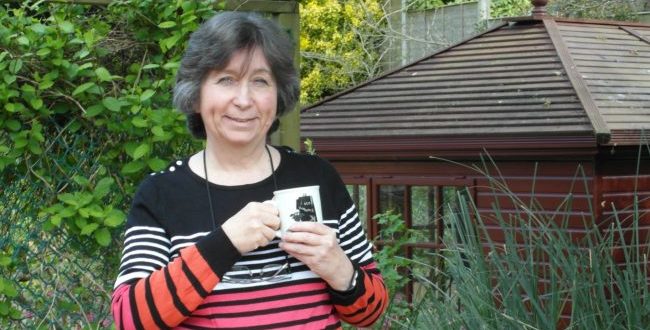 It’s Loneliness Awareness Week and we’re encouraging everyone to shout ‘hello’ to each other every lunchtime at 12noon.

Manager at Communicare, Annie Clewlow says: “Many people are struggling as they are missing out on the socialisation they would normally have whether through exercise groups or work. Our service users are unable, understandably, to access the lunch clubs and activities we would normally run, which are now closed, and we want them to stay safe. But we know they still need our support and, while we have launched telephone befriending and letter writing services for those not on the internet, we still want to encourage people to reach out, metaphorically, to those they live near.

“In April, we launched the hashtag #Cooee and asked people through our social media channels to shout this, or any form of friendly greeting, from an open window or over the garden fence, wall or hedge, at a safe social distance, to their next door neighbours. Even if they can’t see them, or their windows aren’t open, we hope enough people will continue to do this at 12noon nationwide, every day, to help those who are housebound realise they are not alone.

“We also want to raise awareness of the fact that not everyone who is feeling lonely and isolated in Southampton, and nationwide, is older or one of our service users. This is an all ages campaign and we hope everyone can get involved.

“A recently released Office for National Statistics Opinions and Lifestyle Survey, April 3 to May 3, about lockdown loneliness found, of those asked, 30.9%, 7.4 million adults, reported their well-being had been affected through feeling lonely. Working-age adults living alone were more likely to report loneliness, so we’d like to encourage anyone who is at home during the day, for whatever reason, to join in with #Cooee.

“The initiative has already travelled to Wales and down into Devon, but we now hope more people in Southampton will get involved and other areas, cities, towns and villages nationwide follow suit. Let’s get this hashtag trending on social media too!

“It’s a great fun thing for children to do and we’d love to see people’s videos of themselves shouting ‘cooeee’ out of their windows. Hopefully, this will help release some happy endorphins and help people to realise they are not alone.”

Communicare is a friendly, neighbourhood charity assisted by its band of Communiteers, who volunteer to give their time freely.

Annie says: “Even chatting over the garden fence at a safe distance would help those who are lonely, and naturally worried, and have become even more isolated as a result of the situation we’re all in. They need regular contact from someone trustworthy. For this reason, we would not recommend knocking on doors of those who won’t already recognise you as a near neighbour. Remembering to keep a safe social distance apart at all times is also vital. If you want to help the lonely and isolated in our city, then we advise you to volunteer via us, so all the necessary procedures are followed.”